Trances Of The Blast 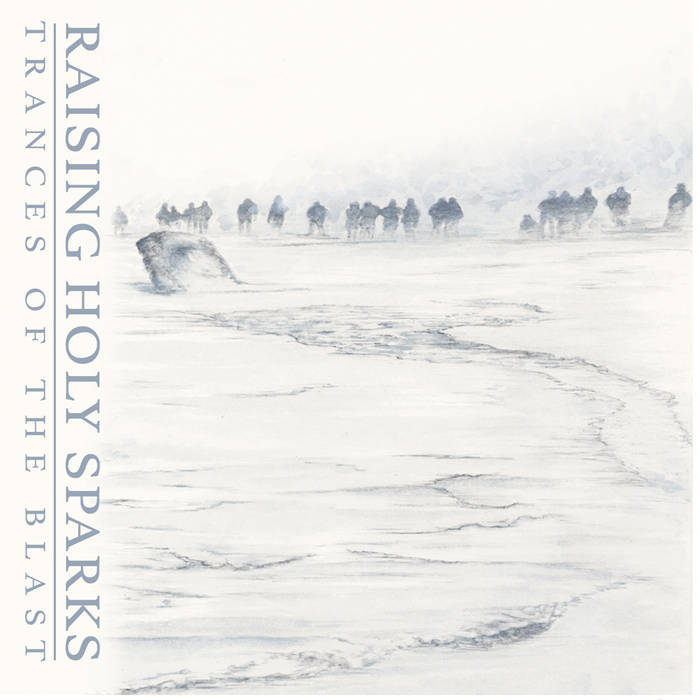 'I went hunting for … well, I’m not quite sure, I guess a tape that wouldn’t conform to my expectations (what a concept!), and the fruits of my labor turned out to be this ripe new cassette from Raising Holy Sparks. It would be easy for me to point to the black-metal section of Side 1, which unfurls after about 15 minutes of strict drone, and call it a day because even this small flourish constitutes a mountain-in-the-molehill scene I tend to make my bed in (though I suppose Sujo have been doing the same thing for years). Yet that would only be telling part of the story. For example, that same track also contains a Chronic-style portamento saw wave synth, backed by a dead-or-dying refrain that sounds like 10 Calvin Johnsons singing into a voice recorder. Again: I could stop there and Trances of the Blast would still be considered ahead of the game, but there’s Side B to tangle with, and it’s a doozy, replete with more scrappy black metal, sadistic screaming, another more-than-healthy drone dose, and, to close out, field recordings of gentle water lapping up against a soft shore.' Consequenceofsound.net

'An especially good month for one of our favourite label’s, Cruel Nature Recordings out of Newcastle-upon-Tyne. Like Sly & the Family Drone’s release, Raising Holy Sparks present us with two side long recordings on Trances Of The Blast, skimming the nether regions between ghostly pastoral folk forms, and darkest black metal. What is usually a loose knit collective from Ireland, seems this time to solely comprise main member, David Colohan, blending field and studio recordings from around Ballymahon in Ireland and the Scottish Isle of Jura into a sweeping 40 minute suite. The sounds of lapping water and bird song duets against bowed and brushed cymbals, eventually adding booming vocal chants and the ritualistic banging of drums. Later, noisy guitar and harmonium workouts squall over greying meadows, and eventually there are furious passages of black metal, replete with insane blast beat drums and anguished yelps. The entire thing is intensely melodic, deeply rooted in local folk musics, and even the less musical moments (field recordings and atonal drones) seem to take on a soulful, pre-destined meaning in Colohan’s hands. The feeling isn’t quite the one of intense sadness and longing heard on previous releases from Raising Holy Sparks, with the seamless suite ultimately coming across as celebratory in tribute to the beauty to be found across the icy damp and grey of these islands.' Tristan Bath, The Quietus

Being the ninth & final volume of pages from A Mendicant Hymnal, concerning the lapping at every shore...

Recordings made in Ballymahon, Ireland & on the Isle of Jura, Scotland during the Autumn of 2013.

'Therefore all seasons shall be sweet to thee,
Whether the summer clothe the general earth
With greenness, or the redbreast sit and sing
Betwixt the tufts of snow on the bare branch
Of mossy apple-tree, while the nigh thatch
Smokes in the sun-thaw; whether the eave-drops fall
Heard only in the trances of the blast,
Or if the secret ministry of frost
Shall hang them up in silent icicles,
Quietly shining to the quiet Moon.'