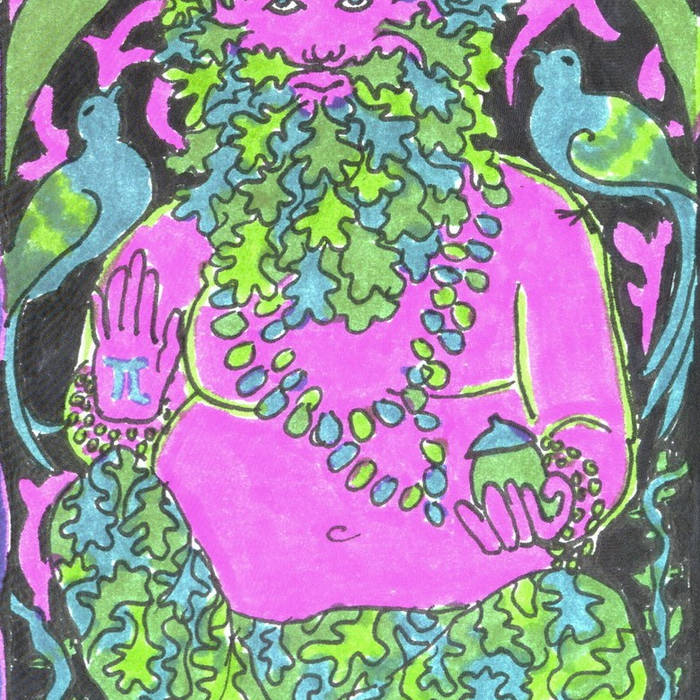 Sold out at source.

'Fresh haul from the undeniably great SLOOW TAPES handily scores a highest possible double recommendation... "Psych folk drone music by David Colohan lost in the mists of time. Featuring Alison O’Donnell of Mellow Candle fame." -- on the face of it, OLD TIMES & END TIMES is hardly anything like the RAISING HOLY SPARKS works i'm familiar with, which admittedly is far fewer than i should be, my primary point of reference is FOUR SACRED MOUNTAINS which flew under my radar in 2013 via AWKWARD FORMATS as a double cassette box set, which i loosely described to a friend as "kinda like if NATURAL SNOW BUILDINGS ate STARS OF THE LID and belched this out" - meanwhile OT&ET washes up on the shore of otherworldly folk where trails blazed by folks like BEN CHASNY and PHIL ELVERUM are now found abandoned and overgrown, so it forges its own way through the wilderness with some shimmering psychedelic drone that fortuitously washed up alongside, and some male/female vocals that at times recall BIG BLOOD - it's not what i expected, but fantastic nonetheless.' PSI LAB